Without fail, in any given year, some friend or fellow film writer will complain about the state of cinema, remarking that it was a lousy year for movies. Maybe I am an optimist (I am not), but I don’t think there’s ever been a bad year for movies. At least, not since I’ve been writing about them. In terms of making a list of my favorite films, I have never struggled to find 10 titles within a given year to fill out a list. It has always been the opposite: there are too many to choose from, which is why the process of listmaking remains a challenge. Indeed, after seeing well over 150 new releases each year, it’s always an undertaking to reduce my list down to just 10 selections. That alone is a sign of a good film year. In some years the Top 10 picks are better than others, but the burden of composing a list endures.

Be sure to share your favorite films of 2019 in the comments section below! 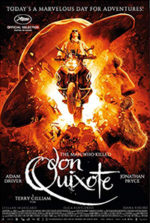 RUNNER UP: The Man Who Killed Don Quixote
Terry Gilliam has been developing The Man Who Killed Don Quixote for about 30 years, and after several attempts to make the film, including a production starring Johnny Depp that was scrapped after a disastrous week of filming, his long-delayed project finally arrived in theaters in 2019. Admittedly, I never thought it would happen, and if it happened, I never dreamed it would be this good. Gilliam’s film, rewritten and reconceived many times over the years, is now about its own making. It’s an auto-fictional account of a dreamer-director (Adam Driver, Gilliam’s stand-in) who can no longer distinguish his life from the film he has long desired to make. Accordingly, reality and fantasy blend in delirious ways that only an unhinged filmmaker like Gilliam could achieve. I detailed the whole history of the production in my review, but the most compelling aspect of the film is how well art imitates life. Despite the countless times Gilliam might have given up on the project, he endured, and the result became this beautiful, crazy piece of filmmaking in which Gilliam comments on himself and his troubled process. 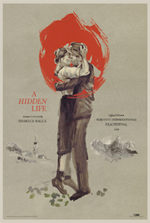 10. A Hidden Life
A bold and undeniably political film from a poetic master, Terrence Malick’s A Hidden Life tells the story of Austrian conscientious objector, Franz Jägerstätter, played by August Dielh, who refuses to save his own life by swearing his allegiance to the Nazi Party. Underseen due to limited distribution, the nearly three-hour period piece, Malick’s most straightforward (yet also his most formally distinguished) film in years, ruminates on Nature and faith in ways that force us to question our lives. Do we live out of fear and self-preservation, or do we follow our passions and fight for what we believe? As I wrote in my review: “Ultimately, Malick asks the viewer to commit to the process of searching oneself and to have faith in our innermost beliefs, accepting that the unknowable quality of faith strengthens, not weakens.” To be sure, Malick prompts soul-searching and encourages certainty in ourselves with this deeply affecting, stunning-to-behold film. 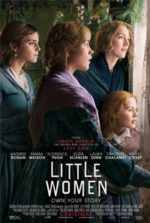 9. Little Women
The tradition of straightforward literary adaptations finds a new alternative in Greta Gerwig’s take on Little Women, an engaging, welcoming, and enriched version of Louisa May Alcott’s classic novel. With a superb ensemble (Saoirse Ronan, Emma Watson, Florence Pugh, Eliza Scanlen, Laura Dern, Timothée Chalamet, Meryl Streep, Tracy Letts), Gerwig refashions the linear text to uncover narrative patterns and thematic parallels, revitalizing the material for a new generation that needs this story. Its central heroine, Jo (Ronan), stands as an inspiring example of a creative woman carving out a life for herself as a writer. But Gerwig cherishes each of these characters, valuing the pursuit of happiness however each one of the March sisters defines it. Richly shot by cinematographer Yorick Le Saux (who also shot Non-Fiction and High Life in 2019), the film is easily the best of all adaptations of Little Women while also being a vital story for today. 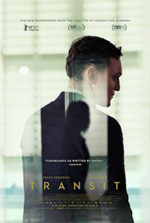 8. Transit
Though German director Christian Petzold usually mines the past to create harrowing stories of people torn asunder by political situations, he’s created something altogether original with Transit. The film links Nazi-occupied Europe in a confronting, modern setting that allows the viewers to draw parallels between the past and present. The story recalls the setup of Casablanca by way of Franz Kafka, with characters scrambling to acquire the necessary papers to escape Europe, while they also deal with their lingering romantic entanglements. Like Petzold’s Barbara and Phoenix, the identity of his protagonist, Georg (Franz Rogowski), remains in flux, ever split between himself and the person he needs to become to escape. It’s an aching film that presents a thoughtful, enduring metaphor reminiscent of great works of literary science-fiction. 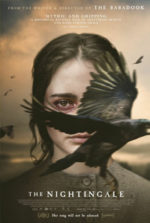 7. The Nightingale
Several of the films on this list had walkouts in my screening, but none so many as in The Nightingale, a punishing experience that portrays the horrors of colonialism with unflinching reality. Many criticized director Jennifer Kent’s depiction of the violence against Australia’s indigenous population and those in the penal colony of Tasmania, calling it “too much” or “cartoonish” in its extreme state. But looking into the history of genocide in the country, the film shows just a small sample of what happened. To what end does Kent tell this story, about a young woman (Aisling Franciosi, fantastic) who sets out to avenge her slain family, with such graphic detail? It’s a reminder designed to shock the world out of its apathy. And given all the people with harsh reactions against this unforgettable film, she shocked people all right. But it’s also more than a shocker; it’s a gorgeously made and poetically realized effort that weighs the cost of colonialism and its inherent violence. 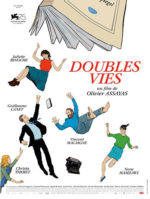 6. Non-Fiction
As our definitions of words like “film” continue to change with the medium’s increasing digitization, Olivier Assayas’ look at the publishing world feels at once essential for today and also prescient. On one hand, you have a French-style relationship comedy, where everyone’s in bed with each other—including Guillaume Canet, Juliette Binoche, Vincent Macaigne, and Nora Hamzawi. On the other hand, you have an ongoing conversation that encapsulates our discussions about the value of physical mediums (books, film stock, Blu-rays) against their digital counterparts (audiobooks, eReaders, digital cameras, streaming services). Elegantly and often quite hilariously, Assayas celebrates the value of art in each of these forms. He likens our appreciation of the old and new to how we might cherish the lovers and relationships in our life. Though deceptively simple on the surface and filled with several laugh-out-loud moments of meta-humor, it’s a film that demands prolonged consideration in the best way. 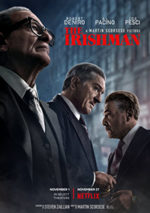 5. The Irishman
Martin Scorsese convinced Netflix to pay $150 million for his three-and-a-half-hour crime epic, and he delivered a ruminative film that distinguishes itself from the gangster films of the director’s past. Though it brings together legends Rober DeNiro, Joe Pesci, and Harvey Keitel—along with more recent Scorsese collaborators Bobby Cannavale and Stephen Graham—it’s a film that weighs the cost of time in a far more delicate and mature hand, recalling the director’s The Age of Innocence and Silence. It’s also a film that invites and rewards a second viewing more than most, as the mob functionary Frank Sheeran (DeNiro) remains so doggedly committed to his role as a footsoldier that his final moments of reflection in an otherwise unexamined life put the entire film into perspective. With the foreknowledge of that life, rewatching The Irishman is tantamount to revisiting a cherished novel. 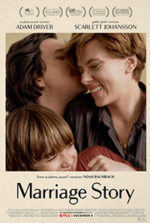 4. Marriage Story
A shot of emotion straight into the heart and soul, Noah Baumbach’s Marriage Story makes the viewer feel to an overwhelming degree. Scarlett Johansson and Adam Driver have never been better than as a couple going through the painful process of divorce, and Baumbach has never felt more sincere and less ironic. Using examples such as Woody Allen’s Annie Hall and Ingmar Bergman’s Scenes from a Marriage as a launchpad, Baumbach’s film is at once incredibly funny and utterly devastating. Some voices continue to criticize the theatricality of the acting and dramatic tensions in the film. But consider how both Driver and Johansson’s characters work and play on the stage, and how their heightened emotions draw out the truth of their situation. Isn’t that part of the value of great art, that it provides an expressive mode that gets at reality by accentuating it? 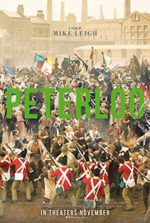 3. Peterloo
Easily the most overlooked and underrated title on this list, Mike Leigh’s Peterloo came and went from the theaters without much notice. A rare few critics praised the film, while more of them complained about its intentional pacing over the 154-minute runtime. But Peterloo is an engrossing and masterfully structured historical reflector of our times, recounting the little-known Peterloo Massacre on its 200-year anniversary. However obscure this historical moment may seem, Leigh, with sweeping cinematography by Dick Pope, captures the growing unrest in Manchester, a city determined to be heard. The director makes these sentiments resonate through history to today. Leigh also captures a forgotten method of exchange and oration in rousing political speeches, but he never forgets the humanity at the center of these ideas. From my review: “The film is no mere political statement or parable. Contained within its challenging narrative structure are a hundred small, human moments that ring of beauty and desperation, and a hundred more that demonstrate the director’s skilled ability to disentangle a complicated situation and present it clearly.” 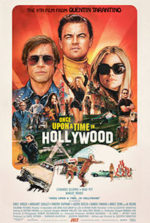 2. Once Upon a Time in Hollywood
Quentin Tarantino has never felt so sincere and vulnerable than in his work on Once Upon a Time in Hollywood, a loving ode to the obscure margins of a complex era in Tinseltown’s history. Correcting a historical crime in the same manner of Inglourious Basterds (2009), Tarantino rewrites history for the ill-fated Sharon Tate, played by Margot Robbie as the blithe symbol of the era’s optimism. More heartfelt is the performance by Leonardo DiCaprio as ailing and stuttering television star Rick Dalton, who ambles around Hollywood with his friend and driver Cliff Booth (Brad Pitt). Tarantino luxuriates in his fantasies of the cherished past, while at the same time he creates a safe haven for Tate in a universe unto itself. In my review, I described it as Tarantino “at his most human and mature; much like Jackie Brown, he relies less on referential material and more on exploring rich, fully developed characters who seem to live and breathe. Surprisingly emotional and compassionate, it’s an elegy to a bygone era and a sheer pleasure to behold.” 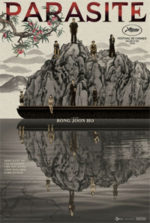 1. Parasite
Bong Joon-ho’s masterful work of shifting tones started the year by winning the Palme d’Or at the Cannes Film Festival. After that, it remarkably crossed-over into an international hit, something rarely achieved by any non-English film, much less to such a rousing degree. Perhaps because the language of class disparity, what Bong would call the conditions of capitalism, ring true regardless of one’s country of origin. In a stirring upstairs-downstairs thriller, a poor family, headed by South Korean superstar Song Kang-ho, gradually invades the home of a rich family, not to steal from them but to earn a living. The parasitic relationship that ensues becomes a symbiosis, and Bong creates a series of beautifully interwoven story and thematic remarks that amount to the director’s most potent indictment of class inequality. While also quite hilarious and purely entertaining at times, just as Bong’s Snowpiercer and Okja were, the biting commentary resonates after the film’s haunting final shot.