By no means a stellar year for movies, 2008 brought a few choice selections audiences can cherish. Filled with blockbusters ranging from critically appreciated superhero films to highbrow animated wonders, the year also featured small releases with big stars that were under the radar for most. But the most exceptional films were Hollywood’s bigger productions, most of which strangely lived up to expectation. Below are 2008’s very best pictures, the Top 10 Films of 2008. Make it your duty as a responsible filmgoer to see them all. 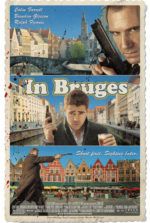 10. In Bruges
Martin McDonagh’s feature debut In Bruges concerns hitmen Colin Farrell and Brendan Gleeson biding time in Belgium’s capital of Bruges, weighing conscience and getting into trouble. Part comedy, part existential drama, part crime picture, the film takes unexpected emotional turns while always retaining its entertainment value. This small production was released early in 2008, and so may have been forgotten on most Top 10 lists for the year. But McDonagh’s biting humor and the hilarious-yet-affecting performance by Farrell, who gave another great performance this year in Woody Allen’s Cassandra’s Dream, sustained their places in my memory, creating the lasting effect of this riotous, brutal, politically incorrect, and yet oddly poetic film. 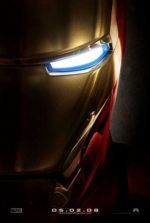 9. Iron Man
Marvel’s first self-produced adaptation of their own property earned surprisingly huge numbers at the box-office, solidifying the company’s now-certain future, largely because the film’s positive buzz provided heavy staying power. Coupled by the successful release of The Incredible Hulk, director Jon Favreau’s Iron Man exceeded the expectations of comic book fans with its expert filmmaking and career-resurrecting performance by Robert Downey Jr., assuring Marvel a future lined with superhero movies that build up to the promise of The Avengers. And why not? Marvel took some great chances here, signing-on risky stars to one of their less iconic properties, but ultimately created an expert production worthy of its many cheers. Filled with humor, superb special effects, and simply well-built storytelling, this was one of the many great escapist blockbusters this year. 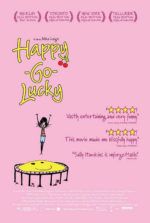 8. Happy-Go-Lucky
A lovely film, Happy-Go-Lucky wholeheartedly embraces its central character’s frivolous spirit, in a joyous display of optimism by writer-director Mike Leigh. Poppy, played to perfection by actress Sally Hawkins in her breakthrough role, sees sadness and loneliness about her but instead of brooding, she chooses to purvey a blithe strength filled with giggly humor and cheerful airs. Presenting a point-counterpoint argument wrought with grumpy and occasionally deranged human obstacles, Poppy maintains her buoyancy with an inspiring resolve, the film’s tone following her jolly outlook through thick and thin. The resultant high this British production leaves on the viewer lasts for some time after, as Hawkins’ smile and laughter are communicable symptoms of this wonderfully charming film.

7. The Curious Case of Benjamin Button
The dramatic triumph of The Curious Case of Benjamin Button resides in its ability to present a significant and identifiably human story, despite the oddity of the circumstances therein. Directed with impressive technical skill by David Fincher (Zodiac), the film contains the sly ability of making the life events of its uncommonly strange central character (played with great sympathetic humanism by Brad Pitt) profound, in part because the age-reversal nature of this character study forces inspection, but also because Fincher’s atmosphere casts an irresistible spell. Beautifully rendered with flawless use of innovative computer technology and camerawork, Fincher’s entire production twinkles but doesn’t distract from the film’s emotional core. Instead, the story and formal presentation perfectly support each other in this unique and enchanting experience. 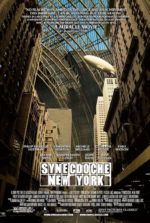 6. Synecdoche, New York
Charlie Kaufman’s brilliant exploration of the artistic process presents the year’s most complicated, narratively challenging piece of filmmaking. Synecdoche, New York demands that viewers think introspectively about not only the puzzlebox nature of the story presented, but how it begs them to surrender to its unstinting philosophic influence. At its roots a film about one man’s failure to live life and instead ruminate and over-examine, Philip Seymour Hoffman’s aching performance spearheads Kaufman’s directorial debut. The result is a dizzying and intentionally dreamlike odyssey, which, in the tradition of great works of cinematic metaphor like Brazil, crafts an artistic masterpiece few audiences saw but should decidedly seek out. 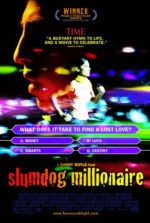 5. Slumdog Millionaire
What will undoubtedly be remembered as the “sleeper hit of 2008,” a frequent acclaim earned by 28 Days Later and Trainspotting director Danny Boyle, Slumdog Millionaire has staked claim to the hearts of audiences everywhere, and for good reason. At once joyous and shaped by an abject setting, the energetic story contains a vigorously moving pace, universal sentiments, and a sweeping sense of romanticism. Set amid the harsh backdrop of Mumbai, a bright and lively outlook forms this picture without resorting to the cheeky commerciality that might be expected, given the game show element of the plot. Indeed, the film magically transcends such limitations by setting up an astonishingly involving romance, complete with heartfelt love, struggles unimaginably harsh, and a final payoff that no film in 2008 matched. 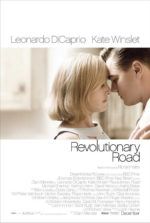 4. Revolutionary Road
Painting with emotionally violent brushstrokes, Revolutionary Road lays out an exhausting dramatic portrait of the faded American spirit, which the film insists died sometime in the 1950s when our suburban dreams surpassed our revolutionary ideologies. Sam Mendes’ direction allows the story to unfold with patience and sensitivity, avoiding the ironical atmosphere of his earlier work. Leonardo DiCaprio and Kate Winslet electrify the screen as their characters’ wistfully hopeful aspirations rise from the mundane and are altogether squashed in destructive regret. Two of today’s most accomplished actors at their best, they fill the screen with a fatiguing drama that works both as character study and severe indictment of America’s forgotten origins. 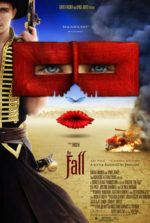 3. The Fall
Tarsem’s dreamlike fantasy was filmed in eighteen countries over four years, assembling unimaginably beautiful imagery with very little reliance on computer-generated special effects, The Fall will make you question your eyes. Showing us sights that appear fabricated, but I assure you they are not, Tarsem sets up a heartwarming drama about the importance of storytelling. With only one other film under his belt, namely The Cell, this director has proved that with patience and resilience, filmmaking need not use technology to create the fantastical. And while the plot follows a similar formula used in Pan’s Labyrinth, the lines between reality and the magical have never been so marvelously blurred. 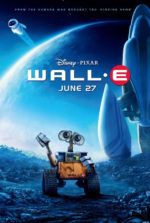 2.WALL•E
Pixar’s monumental victory with WALL•E resides in its combination of supreme realist animation and its potent message about environmental responsibility. Bravely telling a story whose main character is virtually a silent film star, the film’s hero, a garbage compacting robot, may as well be Charlie Chaplin—indeed, he has the same effortless appeal. On a grand adventure in pursuit of love, he also happens to give the hilarious chubby and lazy human race a much-needed kick in the pants. Possibly the best release by Pixar, this film illustrates how animation is boundless, and not merely kid’s stuff. And yet, because the picture speaks in universal themes of love and planetary preservation, it appeals to all ages and demographics. How many films released today can claim such a feat? 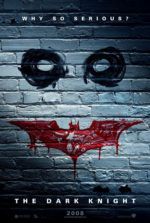 1. The Dark Knight
Though not telling a universal story like WALL•E, the remarkable narrative and box-office successes of The Dark Knight speak volumes for its designation as The Best Film of 2008. The buzz machine’s engines for this film were running early in 2007, increasing audience anticipations with each new photo or hinted plot point. And so what a rare accomplishment that the film not only met those expectations, but exceeded them. Perhaps it was Heath Ledger’s awe-inspiring performance, which everyone knew would be good, but no one could have predicted would be the bravado work displayed onscreen (making his death earlier in the year all the more tragic). Perhaps it was Christopher Nolan’s expert script, which delved deep into the nature of good, evil, and those split by that iconographic battle. Or perhaps all the right pieces fit where they should to assemble a masterful elevation of the superhero movie into a dramatic epic. Told with great gravitas and impressive craftsmanship, no other film this year contained The Dark Knight’s crucial mixture of commercial and artistic sensation, at least not with the striking potency the film exudes with every frame.