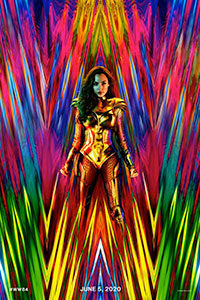 Since the arrival of Zack Snyder’s Man of Steel in 2013, Warner Bros. has struggled to maintain, or even establish, a Marvel-style extended universe out of DC Comics heroes. Each new entry in the expanding franchise creates another problem of continuity. Snyder’s Batman v Superman: Dawn of Justice (2016) laid the groundwork for Joss Whedon’s take on Justice League in 2017, which will receive an extensive recutting from Snyder next year. The failure of David Ayer’s catastrophic Suicide Squad in 2016 led to next year’s remake by James Gunn. Confusing timelines, divergent interpretations of the same character, and varying directorial choices have left some of the most iconic superheroes feeling disjointed, and fans grasping at individual entries more than an overarching progression. Patty Jenkins attempts to circumvent the DCEU’s disjointedness by devoting the sequel to her 2017 breakthrough Wonder Woman to the character’s backstory. There’s a lot to admire about this follow-up—from its commanding star Gal Godot to the brightly colored production design, from its inspired villains to its themes against instant gratification and toxic masculinity—that will resonate with today’s viewers. But Jenkins and her co-writers Geoff Johns and Dave Callaham set their sights too high, and the overly ambitious story proves unwieldy.

The sequel arrives after the height of Hollywood’s obsession with 1980s pop culture in the last decade, which propelled Netflix’s Stranger Things and Andy Muschietti’s adaptation of Stephen King’s It, among countless other examples. Many storytellers have since moved on to 1990s nostalgia (see Captain Marvel), making Wonder Woman 1984 and its mocking references to ‘80s cultural idiosyncrasies—fanny packs, canned cheese, and parachute pants—seem commonplace and no longer fresh. Given how thoroughly the ‘80s nostalgia well has been exhausted, it’s debatable whether you’ll want to be transported to this particular time and place. Moreover, the setup has a case of sequelitis, where the writers once again employ a fish-out-of-water scenario. In the 2017 film, Diana Prince travels from her ancient island of Themyscira to discover, along with her then-modern beau, Steve Trevor (Chris Pine), the early twentieth century embroiled in the First World War. In a tired reversal, the sequel finds Steve, having been wished back into existence after his death in the war, acclimating to modern art and technology in 1984. But if the Orwellian title is any indication, it’s less an escapist romp than a cautionary tale for our present.

Things start kitschily enough before becoming more pointedly about life in 2020. A montage of quick rescues establishes that Diana has been living in Washington, D.C., undetected, doing good deeds when needed. After she stops a jewelry store heist in an obligatory mall sequence, she discovers, in her day job as a Smithsonian anthropologist, that a stolen mythical Dreamstone was created by an unseen ancient god of lies. The gem promises to grant one wish to anyone who touches it, but it’s less the genie’s lamp and more  the Monkey’s Paw—complete with a dark twist to every wish. That’s of no concern to Max Lord (Pedro Pascal), a huckster who feigns success on television commercials, selling a get-rich-quick Ponzi scheme. “You don’t even have to work hard” to become a success, he claims, though his business, Black Gold, is failing. It’s an unmistakable jab at “fake news” spouting Donald Trump, whose entire persona depends on a false air of gold-plated success and self-aggrandization. Lord seeks out the Dreamstone to make his aspirations and falsehoods a reality. And like any greedy businessman in the decade of excess, he wants more than one wish. Rather than wish for more wishes, though, he wishes to become the Dreamstone and turns himself into a wish-fulfilling engine hungry for world power. 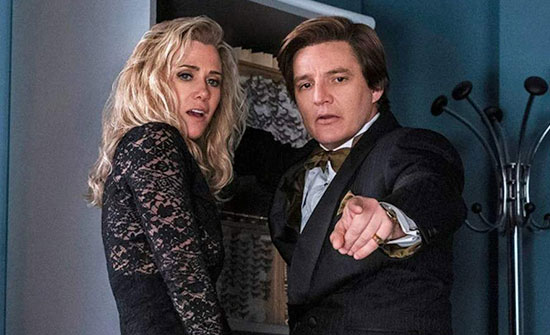 Wonder Woman 1984 begins to resemble other superhero sequels, namely Batman Returns (1992), as the plot unfolds. If Max Lord’s maneuvers to acquire power align with Christopher Walken’s Max Shreck, then Michelle Pfeiffer’s Catwoman cannot help but come to mind given the transformation of Barbara Minerva (Kristen Wiig). Diana’s gemologist coworker, the bespectacled Minerva, starts nerdy and awkward, always stumbling in her heels and unable to get the attention she wants. After the Dreamstone grants her wish to become “like Diana,” Minerva transforms into a confident and superficially desirable sexpot with super strength. Scenes in which Wiig plays the stereotypical movie scientist give way to equally banal scenes where men drop their jaws at her tight outfits. Eventually, she makes another wish to become “an apex predator,” and she’s transformed into a CGI mess known in the comics as Cheetah. At least Jenkins knows better than to turn Cheetah into the busty sex object that she’s often reduced to in the comics. Elsewhere, the viewer picks up notes of Captain America: The Winter Soldier (2014), as Steve Trevor feels a tad like Steve Rogers, trying to acclimate to the modern world.

Still, Minerva’s compelling trajectory from a woman who, at one point, narrowly avoids sexual assault, to a woman whose sudden empowerment leaves her callously trying to maintain her newfound abilities, remains peripheral next to the Max Lord conflict. Lord schemes his way into world domination by serving as a living Dreamstone, granting others’ wishes, and taking something for himself in return. Chaos ensues, as people’s wishes—each cued by a sudden (and corny) whooshing sound and gust of wind through the hair—clash with one another. Diana’s wish for Steve Trevor’s return brings him into the body of a good-looking Average Joe, so Diana (and the audience) sees only Chris Pine, but the rest of the world sees another guy. In exchange, she sacrifices her godlike abilities, which, of course, she will need to defeat Max Lord and Minerva, leading to a fateful and predictably emotional choice. If this all sounds like a bit much, you’re not wrong. When the storylines converge in the climax in traditional superhero movie fashion, it feels overwrought and ungainly. And yet, despite the bloated 151-minute runtime, these threads somehow feel truncated and underdeveloped, suggesting one well-developed villain would have been enough.

There’s plenty to admire about Wonder Woman 1984. The stunning pre-credits sequence in Themyscira finds the young Diana learning an important lesson from her aunt, Antiope (Robin Wright): “No hero is born from lies.” That theme carries throughout, whether it’s contained in Max Lord’s many lies and shortcuts, Diana’s refusal to accept Steve Trevor’s death, or Minerva’s desire to become someone else (as opposed to embracing herself). Jenkins and her co-writers have layered the film with an admirable lesson (it’s almost shocking that the Warner Bros. marketing department didn’t use the line, “Cheetahs Never Prosper”), including a welcome literary title that helps underscore the film’s warning about totalitarian leaders, sexual repression, and the importance of learning from the past. Some of the film’s purely popcorn-munching aspects delight as well. When Diana dons glimmering, winged golden armor for the finale, the moment feels iconic. Fans of the comics will also appreciate Jenkins’ explanation for how Diana learns to fly—both with and without her invisible jet.

Maybe the mind-numbing special FX would have been more impressive on the big screen, but like most viewers, this critic screened the film at home on HBOMax, where the film felt overloaded with moving parts and not enough narrative momentum. Wonder Woman 1984 takes too long to come together and doesn’t feel satisfying when it finally does. Somehow, it’s at once overstuffed and, frankly, a little boring given its clunky structure. After the third or fourth scene of Max Lord convincing someone to use him to fulfill their deepest, darkest wish, leading to the threat of global nuclear war, the routine becomes tiresome. The film’s best moments involve the smaller scenes between Diana and Minerva, whereas the action sequences and world-in-peril elements feel unengaging by comparison. It follows the dreadful Hollywood rule that sequels must be bigger, bigger, bigger. But it would have been better served with a more intimate storyline focused on Wonder Woman and Cheetah. Wonder Woman 1984 ultimately feels less clear-headed than its predecessor and more ambitious, and therefore somehow admirable in its failure to succeed in its lofty aspirations.