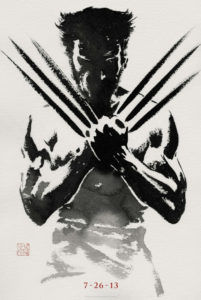 With The Wolverine, director James Mangold (Walk the Line, the 3:10 to Yuma remake) applies his genre chameleon skills to the superhero film for the sixth cinematic appearance of Marvel’s bad-tempered, fast-healing, adamantium-clawed mutant hero. After recovering from franchise missteps on the third and fourth entries (X-Men: The Last Stand (2006) and X-Men Origins: Wolverine (2009)) with their 2011 installment X-Men: First Class, it’s clear Twentieth Century Fox has taken a cue from the likes of Christopher Nolan’s The Dark Knight trilogy and Marvel’s “Avengers Initiative” films. This richly designed production contains all the weighty themes and existential dilemmas present in the genre-defining superhero films since Batman Begins, but applies them to the X-Men series for the first time. It seems as though someone at Fox has finally gotten the message: Audiences want smarter, more dramatic superhero films. Well, now they’ve got one.

Inspired by a 4-issue storyline from 1982 by Chris Claremont and Frank Miller, the screenplay by Scott Frank and Mark Bombeck takes place after the events in X-Men: The Last Stand, in which Hugh Jackman’s Logan was forced to kill his love, a Phoenix-crazed Jean Grey (Famke Janssen). Jean now appears to him at night and beckons him to join her in death, while Logan promises to resign from his pointless life of violence. Nevertheless, his rapid mutant healing powers mean this tragic figure’s expiration date isn’t approaching anytime soon. Grizzled and unkempt (more than usual), Logan now lives in the Canadian wilderness and is kept company only by his memories and nightmares. Then he’s visited by Yukio (Rila Fukushima), a prognosticating mutant whose employer, Lord Yashida (Hal Yamanouchi), Logan knew in his World War II days. In fact, the film’s impressive opening sequence shows the two together in Nagasaki, just moments before the Americans dropped the bomb. During the atomic blast, Logan saved Yashina’s life; in return, the elderly and dying Yashida now offers to steal Logan’s healing powers and, in turn, allow Logan to live a “normal” and mortal life.

Yashida dies not long after his tempting offer is declined, and Logan is left in Japan to sort through the resulting web of corporate greed and assassination attempts—of which Yashida’s granddaughter, Mariko (Tao Okamoto), the sole beneficiary of the Yashida industrial empire, is the target. Before long, Logan and Mariko are on the run from ruthless Yakuza gangs and an underdeveloped mutant scientist named Viper (Svetlana Khodchenkova), who motives are never made quite clear. Several intimate scenes between Logan and Mariko develop a sincere romance that actually bears some significance to the main character. And as the story progresses, a series of action sequences unfold that feel necessary to the narrative, each one building on Logan’s introspection and further deepening this character, who, in the past two or three X-Men films—even his first solo adventure X-Men Origins: Wolverine—has felt unimportant and merely present as the resident badass.

Mangold effectively raises Wolverine up to the level of a Batman-type hero, whose motivations are thrust upon him and not exactly met with gratitude by the hero himself. Familiar is the notion of the superhero who is plagued by his powers or sense of responsibility, but the material is revived by the director’s treatment and the distinctive locations. To step away from the overpopulated, largely American mutant worlds created by Bryan Singer and Brett Ratner, Mangold’s film takes place almost entirely in modern-day Japan, an exotic and unfamiliar setting for this franchise, or any superhero film for that matter. The cast is primarily comprised of Asian performers, with only a few exceptions among them. Along with director of photography Ross Emery and production designer Francois Audouy, the director fills the frame with classical imagery, harkening to a Japan-set period piece like The Last Samurai and a hard-boiled noir picture like Samuel Fuller’s House of Bamboo. This doesn’t feel like a comic book world, but rather the staging ground for a classical story about redemption and family honor.

Although Mangold’s strengths serve the quieter dramatic scenes best, a few of his action sequences stand out as some of the best of summer 2013. The standout is a fight atop a bullet train racing 300 miles an hour; so what if the idea recalls Mission: Impossible—it’s so expertly delivered and fun that one can hardly complain. The other major sequence involves a one-on-one against Mariko’s father, Shingen (Hiroyuki Sanada), who’s desperate and decked out in full samurai dress. And, as if the Japanese corporate conspiracy setup didn’t already borrow from Akira Kurosawa’s The Bad Sleep Well, Mangold gives a bow to Kurosawa’s Throne of Blood when he subjects Logan to a volley of arrows in a thrilling battle against ninjas. Lesser is the action at the climax, which devolves into your usual superhero grandstanding when Logan faces off against a robotic Silver Samurai and the silly, lizard-tongued Viper, a character whose presence seems almost purposeless. Through it all, the film lives up to its PG-13 rating, staying true to the comics when Wolverine slashes through countless bad guys and exercises the rating’s consent to say “shit” and a certain variation of “fuck”.

A self-contained story and redeeming stand-alone film for one of Marvel’s most appealing superheroes, The Wolverine is unique within its genre, at least until the by-the-numbers climax. Nevertheless, sending your hero to the Far East to battle ninjas and the Yakuza instead of hordes of mutant supervillains is a brave choice, and the payoffs here are aplenty. As star and co-producer, Jackman proves there’s no one better suited; he’s also looking more trimmed and vascular than he ever has in the role. Fortunately, the script allows this talented actor to do more than stand there and flex between scenes of slashing. By the mid-credits scene that sets up next summer’s highly anticipated X-Men: Days of Future Past, audiences will feel transported back to 2003, when Bryan Singer had just released X2: X-Men United and filled both audiences and critics with a hunger for more—much more—of the complicated, socially relevant, and ever-expanding X-Universe. The Wolverine puts the franchise back on the right track. Here’s hoping it stays there.