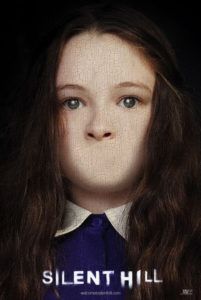 Gamers have long held a special place in their hearts for Konami’s Silent Hill, a survival horror video game made into a visually arresting yet narratively dull game-to-film adaptation in 2006. Despite the film’s poor critical reception, fans helped it earn back nearly double its $50 million budget. What’s unique about the game and its many sequels is that, instead of shoot-em-up action, its concentration is on haunting atmospherics, clue-seeking gameplay, freaky creatures, and a somewhat obscure storyline. The purpose of the film by Brotherhood of the Wolf helmer Christophe Gans proves just as elusive, possibly nonexistent, but wholly effective in its use of mood and eerie visuals. Gans realizes some stunning imagery with top-notch special FX; however, all the spooky details and warped creatures on display won’t amount to much to anyone who hasn’t played the game. Even devoted players may not be able to explain what happens here.

In the opening scenes, young Sharon (Jodelle Ferland) suffers terrible nightmares. She sleepwalks up to the edge of a cliff, muttering about “Silent Hill.” Her foster mother, Rose (Radha Mitchell), has given up on psychoanalysis and medications; she resolves to take the girl to the town about which she dreams and colors scary drawings. When her practical husband Christopher (Sean Bean) disagrees, Rose brashly takes off like a lunatic toward the mysterious town, which has been shut down since 1974 when an underground coal mine fire killed most of its inhabitants. Silent Hill now rests forgotten in the mountains, shrouded by a haze of ash from the fires still smoldering underneath. On the way, Rose is stopped by a motorcycle cop, Bennett (Laurie Holden), but she peels away into a high-speed chase toward Silent Hill that ends in both parties crashing.

When Rose comes to, she’s inside the abandoned town, where ash falls like snow and visibility is next to nothing. Sharon is gone, forcing Rose into the town to conduct a haphazard search. As she explores, she spots Sharon scurrying around a corner, and she shouts little more than “Hey!” as she pursues. All at once, eerie sirens reverberate, and the gray smokescreen peels back to reveal some hellish underworld of fire, rusted metal industrial corridors, and grotesque creatures, including giant insects, faceless nurses, and a demon known as Pyramid Head. Much of the film consists of Rose running about from place to place, witnessing some horrible atrocity or monstrous sight, and then running off to bear witness to the next awful spectacle. Then she meets up with Bennett, and the two of them explore together. For a large part of the second act, they never seem to get anywhere, and the plot remains more interested in establishing the horrors of the town than the mission of its protagonists. Meanwhile, back in the real world, Christopher goes searching for his wife and daughter, but he’s stopped by a snooty detective (Kim Coates) protecting Silent Hill’s dark secrets. 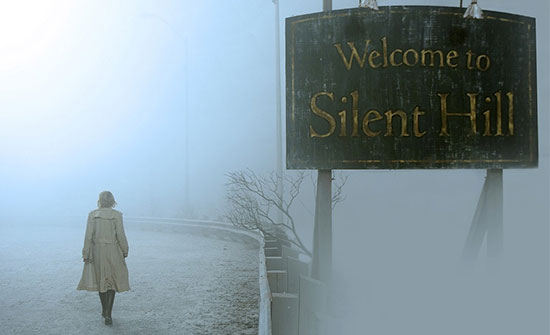 So is Rose in Hell, an alternate reality, or some demented limbo? Who knows. What’s clear is that Silent Hill has a tradition of religious nuts, headed by the fanatical Christabella (Alice Krige), who hunt witches. Back in ’74, they persecuted a little girl, Sharon’s doppelganger, and burned her at the stake as a suspected witch, and in turn, caused the underground fire beneath Silent Hill. Now they’re all dead, doomed to suffer unspeakable tortures by The Demon (also Ferland). Beyond that, I’m at a loss. And as much as I desire to understand what happened in this film, writer Roger Avary’s eventual scenes of exposition stop the momentum dead in its tracks when the screen flashes white and tries to explain what all of this means. Regardless, we’re left with more questions and a diminutive sense of what the hell is going on.

Although I’ve seen the film twice now, once in the theater when it originally opened and again in preparation for this review, I still couldn’t tell you what any of it means. The moment of illumination is offset by annoyingly ambiguous dialogue and grainy home-video visuals that make little sense in this context. Either the filmmakers should have explained clearly or not at all. Knowing more would have prevented the film’s inevitable head-scratching consequence, while knowing less would have kept the experience appealingly abstract. Either way, the film runs on for about twenty minutes too long, clocking-in at just over two hours. And the viewer feels like they’ve missed some crucial bit of information that was clarified but misunderstood. It all ends with a cryptic last scene whose meaning might be intentionally nonsensical.

As a result, the film’s attempts at profundity cause unintentional laughter, especially during an overwrought climax where cult members scorch a suspected witch, endlessly shouting “Burn!” as her skin bubbles to a crisp. Impressive displays of gore and the monsters that cause it make Silent Hill watchable as a curiosity, and a gorgeously photographed one at that. Cinematographer Dan Laustsen captures a world created by David Cronenberg’s longtime production designer Carol Spier in operative degrees of grayness and blackness. There’s always something interesting onscreen, even when nothing interesting is happening in the story. All the while, Jeff Danna’s music teeter-totters between chilling piano melodies and incongruous electronic beats. The acting is just as uneven. Mitchell (Pitch Black) and Holden (The Mist) make solid heroines, but they have little to do. Bean (Patriot Games), an actor with oodles of presence, goes underused. Ferland (Tideland) delivers dialogue too big for her britches. Krige (Star Trek: First Contact) is over-the-top crazy.

Silent Hill plays out like so many Stephen King or Clive Barker novels. It’s a frightening and distracting ride, but the hackneyed state of the destination disappoints and pollutes our memory of the whole experience. It’s an accumulation of moments showcasing visual brilliance and insidious terror that fails to make any kind of connection. The appeal resides in fleeting shocks and individual instances of visual creativity. Twisted monsters and featureless heads walking in contorted ways have a nightmarish intensity that cannot go ignored or be quickly forgotten; unfortunately, the story doesn’t have the same quality. The result looks better than most based-on-a-videogame adaptations, but the storytelling is just as dim as we’ve come to expect from such material.