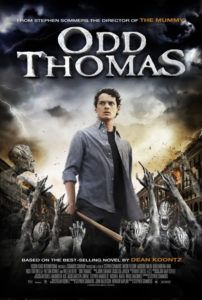 Director Stephen Sommers subscribes to the notion that Hollywood entertainment consists of hammering the senses until the viewer has lost any semblance of intelligent thought, and until recently, he’s made a solid career out of this practice, financially anyway. After years of family adventure stories (including live-action Disney adaptations of The Adventures of Huck Finn and The Jungle Book), Sommers began making B-movies rooted in overkill and hokey visual FX with Deep Rising (1998), an entertaining lark. He continued in full monster-movie-adventure mode with his financial breakthroughs The Mummy (1999) and The Mummy Returns (2001) for Universal Studios, and then followed them with the overloaded Van Helsing (2004). In 2009, Sommers continued his reign of over-the-top heroes fighting cartoonish baddies with G.I. Joe: The Rise of Cobra. His movies have made hundreds of millions worldwide, despite the content being prime direct-to-video quality. With his latest, an adaptation of the Dean Koontz book Odd Thomas, the release finally seems more aligned with the material.

Odd Thomas is a low-budget production for Sommers, made for a mere $27 million or about one-fourth the budget he’s accustomed to. And yet, given its SyFy Channel quality and air of derivative cheapness, this minor price tag seems ridiculously high. Perhaps the post-production legal disputes which delayed its release drained the budget’s CGI funds, or perhaps the craft service table spent too much on imported caviar and truffles instead of cheaper bottles of water and granola. Whatever the reason, the movie is saddled with generic visual FX and a plot reminiscent of a dozen others about paranormal investigations, all in hopes of becoming the first of many adaptations in Koontz’s six-book series, an impossible dream. The author’s “Odd” stories are influential and probably helped inspire ParaNorman, and they recall everything from The Sixth Sense to Dylan Dog: Dead of Night—it’s familiar stuff, easy to sell. But Sommers’ troubled indie production, its truncated release on VOD and in a handful of theaters across the country, leave it with narrow commercial prospects.

The story follows the titular Odd Thomas (Anton Yelchin), a twentysomething short-order cook who has really made the most of his name. In his endless expositional narration, Odd tells us how strange he is, and when he’s not reminding us of his strangeness, other characters comment on it. Odd sure is odd, as if his name wasn’t enough for us to get the idea (there’s nothing less odd than someone pointing out how odd they are). Anyway, his strangeness is charming to his plucky girlfriend Stormy (Addison Tamlin) and remains a constant source of information for the friendly and trusting Police Chief Porter (Willem Dafoe). Odd can see dead people, you understand. “But by god, then I do something about it,” he explains, referring to his hush-hush status as a “detective for dead people”. Mute ghosts lead him to their wrongdoers, and Odd, being the hero, chases down the culprits and uses his police contacts to exact justice. But his powers remain a curse he must keep secret, as Odd’s mother was locked away in a madhouse for claiming to see ghosts.

Besides seeing the dead, Odd can see “bodachs”—invisible demonic spirits drawn to witness acts of evil and death. These monsters resemble, in a way, the licker-things from Resident Evil, and they emerge and disappear through blue and black portals to Hell. They’re not dangerous per se, but if he at all makes it known that he can see them, they’ll arrange a sudden accident for him. A recent bodach surplus in Odd’s hometown of Pico Mundo suggests a major catastrophic act of evil is just around the corner, but can Odd prevent it—whatever it is—from happening? The movie plays out like a supernatural detective story not dissimilar from Constantine, where small, seemingly unrelated events lead to a monumental climax. The difference is the movie’s pitch, which shifts from a graveyard mystery to a would-be dark comedy, from blood and gore in one scene to rom-com banter in the next. Along the way, Yelchin and Addison’s romantic charm stands as the movie’s sole redeemable quality. Sommers wants to position the Odd-Stormy duo as a modern-day Nick and Nora (from The Thin Man), but that comparison is undone by grating variations in tone.

Finding a balance between the movie’s pseudo-ironic young-adult humor and heaps of gore would be difficult for any director, but Sommers isn’t up to the task. As writer-producer-director, he bounces from one scene to the next without consideration for how jarring tonal changes will affect the audience, relying on hyper-editing and overindulgent visual FX to distract us from how none of the intended wackiness, tragedy, or scenes of mass murder come together. Yelchin makes an affable and energetic young hero in this material (evidenced in the Fright Night remake), but he’s unsupported by Addison or even Dafoe (who’s on autopilot), and especially not by Sommers’ beat-‘em-over-the-head approach. Yelchin’s charisma and charm go a long way toward making Odd Thomas watchable. But after years of seeing this same supernatural detective yarn play out again and again in other movies, the film arrives much too late and will seem generic, if not laughably bad by comparison to others like it. At the very least, after years of incredible luck—the kind of undeserved providence known only by Paul W.S. Anderson (Pompeii)—this movie has helped usher Sommers into the category of a direct-to-video helmer, where he belongs.