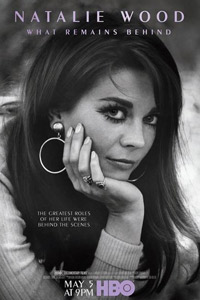 If you don’t know much about Natalie Wood, the new documentary Natalie Wood: What Remains Behind offers some idea about what made her a star, while also giving an intimate look at her life behind the camera. It features clips from Wood’s best and most renowned performances in Miracle on 34th Street (1947), Rebel Without a Cause (1955), Splendor in the Grass (1961), West Side Story (1961), Bob & Carol & Ted & Alice (1969), and other favorites. It also reveals her roles as an attentive mother and professional who sought to emerge from under the thumb of the male-dominated studio system. The film looks through a rose-colored lens at Wood’s life, which was cut short in 1981, when, at the age of 43, her body was found off the coast of Catalina Island. The circumstances around her death have been widely speculated among professional journalists, sleazy tabloids, and everyone in-between. But if you’ve read any substantive articles or books about her life, or if you have a skeptical bone in your body, the documentary’s stated ambition to focus on “who she was as a person” rather than how she died rings false.

HBO acquired the film after its debut at the Sundance Film Festival earlier this year. It comes from Laurent Bouzereau, whose directorial credits consist of DVD special features that number in the hundreds—lots of making-of featurettes but few features. Natasha Gregson Wagner, Wood’s daughter from her second marriage to British film producer Richard Gregson, serves as our host and offers an intimate look into Wood’s life and career from her family and friends’ perspective. Through her daughter’s eyes, we see Wood’s intimacy with her audience in movie clips, behind-the-scenes footage, and outtakes; elsewhere, we see a slice of her family life in home videos and family photos. There’s also enough name-dropping to satiate Hollywood film aficionados, and some impressive stars appear in interviews (Robert Redford, Mia Farrow, Elliot Gould, etc.). Gregson Wagner, who also produced the film, was raised by her stepfather, Robert Wagner, Wood’s first and third husband. She interviews him here, and these are stagey, seemingly rehearsed exchanges between two related performers. The viewer always has the sense that they’re watching a family affair—and just like many families, there are some things this one doesn’t talk about.

Many of Gregson Wagner’s insights about her mother come from personal accounts; others come from an unpublished article Wood wrote, called “Public Property, Private Person.” In the piece, Wood describes herself as “trapped” by Hollywood’s illusion and the image it created of her. Since the age of four, the Russian-American star, born Natalia Nikolaevna Zakharenko but renamed Natalie Wood by studio executives, had grown up onscreen. Somehow, she avoided succumbing to the drugs and alcohol that fueled other child stars, such as Judy Garland, and became relatively well adjusted for someone whose personal life was always under scrutiny by Hollywood studios and fan magazines. When she started dating Robert Wagner, their relationship and eventual marriage made headlines, as did their divorce and Wood’s subsequent two-year coupling with Warren Beatty. When Wood needed to express her frustration, the film suggests, it was through a performance like Inside Daisy Clover (1965) or visits to a shrink. 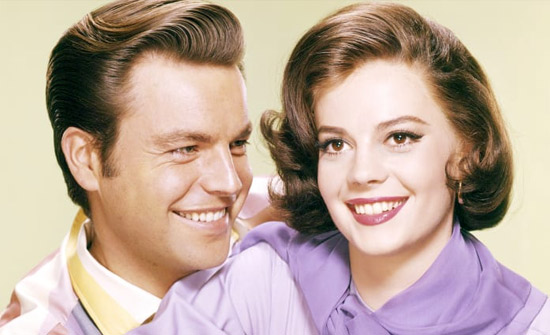 Natalie Wood: What Remains Behind avoids becoming fan service for the classic Hollywood aficionado by maintaining its focus on Wood’s life with her family. There’s not much about her screen presence, nor are there detailed appreciations of her individual performances. However, Gregson Wagner shows great pride in her mother’s forward-thinking views about maintaining a career while raising children, deserving the same pay as her male co-stars, and remaining not only a capable performer but a sexual screen presence as a woman over 40—an age considered passed prime by many in Hollywood. Even so, Gregson Wagner clarifies that Wood was a loving and supportive parent, despite having troubled parents of her own. Wood’s mother was a superstitious paranoiac, and she implanted a terrible fear of “dark water” that some would link to the actress’ death. Despite it all, Gregson Wagner and everyone interviewed claims that Wood emerged well-adjusted for someone in her position.

Wood’s biographers have painted a different picture that may have been too challenging for Gregson Wagner to confront. At the age of 15, Wood told several friends, including Dennis Hopper, her boyfriend at the time, that she had been raped by a well-known movie star, allegedly the late Kirk Douglas. It was a defining moment that author Suzanne Finstad’s 2002 biography called “one of the great traumas of her life.” Still, the documentary eschews any mention of the incident or its lasting effects on Wood’s life. The film’s willingness to suppress Hollywood’s treatment of young women in the 1950s remains disappointing, considering the potential impact such a story may have had today. Note also how the doc dismisses the 16-year-old Wood’s relationship with Nicholas Ray, who was more than 25 years older, as “risky business back then” that “would’ve been a problem today.” Instead of mining history for its broader implications, Gregson Wagner prefers to remember the good times, almost naively so.

Even though Natalie Wood: What Remains Behind claims to be a portrait of Wood’s life, it cannot help but address the events that lead to her death, if only as one daughter’s attempt to clear her stepfather’s name. In Gregson Wagner’s interview with the man she calls “Daddy Wagner” about the night of his wife’s death, the interviewer frames the discussion by saying, “It’s important to me, Daddy, that people think of you the way that I know that you are.” Wagner gives his account of what happened on that fateful, rainy Thanksgiving weekend near the Isthmus of Catalina. Simultaneously, Gregson Wagner chimes in and helps him along, like a defense attorney leading a witness. Wagner explains there was a heated argument between Wagner and Christopher Walken, Wood’s co-star on Brainstorm (1983), who accompanied the couple on the boat. True crime fanatics and Hollywood conspiracy theorists speculate about what happened next and why. Dennis Davern, the captain of their yacht, the Splendour, has been vocal about his suspicions of Wagner. Walken, whom Wagner calls a “stand-up guy,” declined to be interviewed for the documentary. Even so, the film operates in a vacuum, presenting counter-arguments to the popular theories about foul play.

What begins as a loving ode to a cherished screen star becomes an unfocused indictment of the media’s exploitation of the situation, blaming tabloids and the LAPD for raising questions about Wood’s death. “How dare they,” says family friend Richard Benjamin. But if the goal of Natalie Wood: What Remains Behind was to celebrate a life, then its intentions have been marred by its own haphazard defensiveness, which diverts the film from Wood and settles on the people who, well, remain behind. Gregson Wagner wants to clear her stepfather’s name, but she does so without the proper journalistic investigation to which others have devoted countless hours. Without even feigning objectivity, the film feels less like a documentary and more like a product of the family—as though Gregson Wagner invites us to look at the family photo album, except the pages she wants to skip. A eulogy forty years after the fact, it seems to do just the opposite of what it hoped to accomplish by leaving us to question what the film omitted.