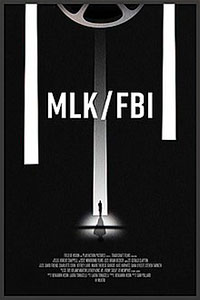 Putting the leader and mouthpiece of a sociopolitical or humanitarian movement on a pedestal, instead of the movement’s beliefs, weakens the movement by association. If recent examples are any indication, leaders have human flaws. They have said and done things they might regret, made bad business decisions, have had extramarital affairs, and carry with them an entire history separate from, yet affiliated with, their movement. Critics and detractors will invariably use the leader’s personal failings against the movement, creating a narrative that injures the movement’s progress because of its connection to the leader’s innate human defects. Anyone who has orchestrated a smear campaign or otherwise sought to discredit a movement by sabotaging someone’s reputation relies on this. One of the Black Lives Matter and #MeToo movements’ great strengths is how they remain propelled by ideas; they are not represented by a single person whose past mistakes might distract from their message of equality, representation, and historical acknowledgment. They rely on group action more than speeches from a single representative who might put them at risk.

This idea underscores MLK/FBI, Sam Pollard’s documentary about how the Federal Bureau of Investigation, headed by J. Edgar Hoover, surveilled Martin Luther King Jr. starting in 1963. Their objective was to gather evidence of his personal shortcomings and then use that to dismantle his influence over the public, thereby slowing the Civil Rights Movement’s momentum in the culture war. Similar investigations by the FBI’s counterintelligence program (awkwardly dubbed COINTELPRO) focused on Muhammad Ali, James Baldwin, Malcolm X, and the Black Panther Party. Do you see a pattern there? Hoover believed these powerful and vocal Black figures threatened the order of things—namely the white establishment in which he had incredible power. However, the documentary does not share everything the FBI gathered about King, in part because a federal court order placed certain recordings under a seal in the National Archives. They’ll be released in 2027, if they get released at all. After all, we waited more than 25 years for classified documents concerning the assassination of JFK to be available to the public, but the Trump administration extended the seal on some of the material until further review. What will the president six years from now do with King’s classified files?

What Pollard’s documentary shows us are excerpts from recently declassified documents from the National Archives that reveal the extent of the FBI’s campaign against King. Pollard draws inspiration from David Garrow’s 2015 book The FBI and Martin Luther King, Jr.: From “Solo” to Memphis, telling the story of how, after a report of King’s associations with Stanley Levison, a Jewish lawyer and progressive with ties to Communist groups, Hoover ordered a sweeping investigation of King—in part because Hoover was afraid of a social movement that threatened to destabilize racial and social hierarchies in the United States. Using the argument that King was working with Levison, who was believed to be a Communist agent, U.S. attorney general Robert F. Kennedy authorized a wiretap of King’s phones to determine whether the Communists were influencing King. The FBI tracked King around the country, documenting his every movement. While the surveillance did not find evidence that King was a Communist, it did uncover his infidelities. Hoover responded by declaring this “salacious sexual material” evidence that he was “morally unfit to be a leader”—a position that revealed more about Hoover’s inherently racist and voyeuristic motivations than King’s fitness to lead the Civil Rights Movement. 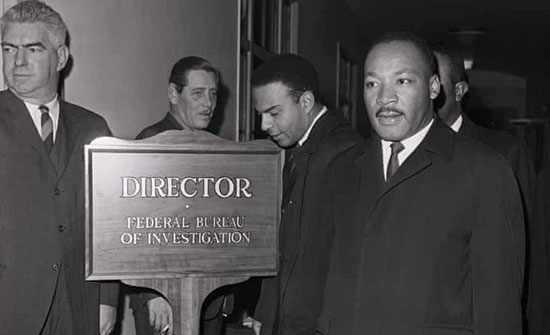 It would be best if you discovered for yourself everything the film uncovers about the FBI’s investigation and smear campaign against King. It’s shocking, but not altogether surprising, including a particularly nasty letter from the FBI to King calling him “an evil, abnormal beast.” Another incident involved the FBI sending an audio sex tape to King and his wife, with a note telling King to kill himself. Besides stories like this, the documentary is so engrossing because Pollard uses archival footage, photographs, scenes from FBI recruitment videos, scenes from Warner Bros. movies (such as 1959’s The FBI Story, starring Jimmy Stewart), and images of actual FBI reports as evidence. The material steeps the viewer in the period, while voiceover from experts, witnesses, scholars, and friends of King lend commentary. Garrow and Yale professor Betty Gage offer the largest contributions, whereas former FBI director James Comey and King’s speechwriter Clarence Jones also contribute. Refreshingly, MLK/FBI avoids talking head interviews or dramatic reenactments, for the most part, using evidence to reveal how King was perceived as “a major threat to the administration’s policies.”

Hindsight being what it is, MLK/FBI avoids simply looking at the past and remarking on the FBI’s morally bankrupt practices at the time. Rather, Gage reminds us that Hoover’s policies represented most Americans; he had a 50% approval rating, whereas King had only 15-20%. In movies and TV shows like The F.B.I. (1965–1974), Americans saw the agency as heroic defenders of democracy, whereas King was a radical and outsider. Pollard’s film tries to place the viewer in the period and see King for what he was doing at the time—upsetting the status quo of so-called ordinary white people. Anyone left-leaning who opposed the Vietnam War or wanted equality for people of color was treated with suspicion or targeted with a COINTELPRO campaign. Some people, like actress Jean Seberg, who used her celebrity to support the Black Panthers, would buckle under the FBI’s pressure and commit suicide. King endured their pressure, albeit under great duress. The film questions to what degree Hoover’s hatred of King may have led to questionable evidence during the reporting of a rape, or factored into the agency ignoring the obvious threat of James Earl Ray, who was convicted for killing King in 1968.

The conversation about King and his behavior behind closed hotel room doors isn’t a new one. Look close enough at any person’s life, and you’re bound to uncover a few embarrassing or shameful episodes. Most of King’s personal transgressions are well known. Clarence Jones reflects, “Does the truth make him, in my mind, less of a historic civil rights leader? No, it does not.” Although, one cannot help but consider: If King were alive today, would cancel culture do what the FBI was doing in the 1960s and pass moral judgment on his private life and stall his progress as a leader? Regarding him as a historical subject, we’re saved from having to address the reality of that hypothetical question. We can focus on his lasting impact and see him as a progressive hero, champion of equality, and great Black figure in American history. However, one suspects that King’s message would not survive his personal troubles. In any case, the FBI’s files will remain sealed until 2027 at the earliest, and looking at them will be another invasion of King’s privacy, even if they reveal new layers to King’s life, for better or worse, giving us a greater sense of his life from a biographical perspective.

It’s more likely that unsealing the files will do further damage to the FBI’s reputation, which is why the administration at the time may choose to keep them sealed. But after MLK/FBI, it’s difficult to imagine the FBI in the 1960s looking worse than it already does. Similar to its take on King’s story, the film doesn’t reveal new information about the FBI’s COINTELPRO tactics, but it allows us to reframe them in the light of today’s conversations about institutionalized racism, racial discrimination, and violence in America. Pollard’s documentary debuted in a year in which riots over issues of racism remained at the forefront of American culture. This film offers another example of how past administrations and agencies have worked against voices of equality, and how these conversations remain necessary even to this day. Watching the film, you cannot help but think how the more things change, the more they stay the same.