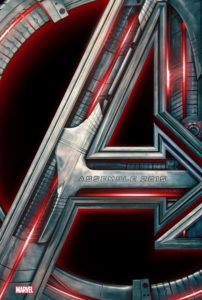 Three years of picking up the pieces after an alien attack on New York City have shaped the Marvel Cinematic Universe, which, since the debut of Joss Whedon’s The Avengers in 2012, has expanded into television (with titles like ABC’s Agents of S.H.I.E.L.D. and Agent Carter, and Netflix’s Daredevil). And for the next three years, Marvel’s superheroes will be talking about the formative events in Avengers: Age of Ultron and their far more global, emotionally wounding implications. Faced with the impossible task of repeating his success on the original, the third-highest-grossing film of all time, the writer-director’s second go-round with Earth’s Mightiest Heroes gets broody and ruminative without sacrificing his signature wit and hilarious in-fighting between heroic teammates. And rather than limit his canvas to a single city, Whedon extends his exciting comic book adventure across the globe, giving the film a real sense that death and worldwide destruction loom with the introduction of the film’s worthy new villain, and several other characters, each inflected with Whedon’s clever dialogue and expressive motivations.

With its increasing scope, Marvel’s unprecedented filmic universe of superheroes, championed by producer Kevin Feige, continues to grow in ways never before seen in Hollywood. At this point, it’s almost impossible to imagine a Marvel film without an in-built audience that ultimately guarantees its box-office success. Meanwhile, Warner Bros. stumbles over its feet and scrambles to assemble DC Comics’ Justice League in its own cinematic crossover series (featuring Superman, Batman, Wonder Woman, Aquaman, The Flash, Green Lantern, etc.). But their decidedly more pragmatic, less crowd-pleasing effort on Man of Steel demonstrates how Marvel’s unique embrace of both realistic and comic-booky sensibilities have sustained the ongoing franchise(s) through eleven titles, since Iron Man first launched the movement in 2008. Marvel films have a wonderfully escapist, Saturday morning cartoon feel that, especially for former comic readers (like myself), transports the viewer back into the comic’s page. Fortunately, the films remain so accessible that even non-fanboys can follow complex superhero storylines, find Easter eggs, and embrace their occasional weirdness (see last summer’s unexpected hit Guardians of the Galaxy). The hugely anticipated Age of Ultron delivers everything we expect from a Marvel title, except on a grander scale.

The film opens in Sokovia, where the Avengers hunt down another lingering HYDRA base to reclaim Loki’s crucial scepter from the monocled Baron Wolfgang von Strucker (Thomas Kretschmann, last seen in the post-credits teaser in Captain America: The Winter Soldier). Von Strucker has been busy experimenting with the scepter’s powers and, along with an army of unfinished robots, he created two genetically enhanced henchmen twins, Quicksilver (Aaron Taylor-Johnson) and Scarlet Witch (Elizabeth Olsen). The former runs at top speeds, while the latter has telekinesis and the ability to induce dreams about her victims’ greatest fears. Though von Strucker is disposed of rather easily, the twins prove to be formidable foes and escape. No matter, because the Avengers—Steve Rogers aka Captain America (Chris Evans), Tony Stark aka Iron Man (Robert Downey, Jr.), the mighty Thor (Chris Hemsworth), Natasha Romanoff aka Black Widow (Scarlett Johansson), Bruce Banner aka The Hulk (Mark Ruffalo), and Clint Barton aka Hawkeye (Jeremy Renner)—return to their headquarters at the former Stark Tower in New York to celebrate their latest victory.

If the original had a Howard Hawks-inspired element of male bonding, that streak continues here in a hilarious, insightful scene of downtime following the initial battle. After a few drinks, the heroes attempt to lift Thor’s hammer in a hilarious sequence that seems to belong in Rio Bravo or Only Angels Have Wings. Whedon also uses this time to establish character arcs: Rogers posits himself as the foundational team leader; Barton shows his vulnerable side (and later his family in a quiet interlude on his “safe house” farm); and in the film’s central emotional core, Romanoff and Banner flirt with potential disaster at the idea of a romance between the two deeply disturbed, dangerous heroes. At the same time, Stark and Banner experiment with the scepter, hoping to use its advanced powers to create a “suit of armor around the world” called Ultron, using artificially intelligent Stark robots. What emerges instead interrupts their party and announces its sentience, and its intention to protect the world by destroying its greatest threat: the Avengers. Ultron, smoothly voiced by James Spader, who sounds like a cracked and charismatic HAL 9000, embraces consciousness with all the feral emotion of an unbalanced teenager with daddy issues.

Loose inside the internet, Ultron’s diabolical plan sends him to Asia, Africa, and Europe, with our heroes ever trailing behind. His multi-tiered scheme involves building a robot army, constructing a new body for himself, and ultimately creating a worldwide extinction event to obliterate humanity. He even adopts Quicksilver and Scarlet Witch to help at first, but they eventually switch sides after realizing the full extent of Ultron’s plan. What makes Ultron so fascinating is how Spader’s voice relays the character’s maniacal logic and temperamental state. At one point, someone compares Ultron to Stark, his hated father, and his reaction is that of a deranged psychopath—a psychopath who doesn’t know that he’s evil, doesn’t want to believe he’s evil, and needs some serious therapy (in that way, he becomes a negative reflection of Tony Stark, who inadvertently creates evil by trying to do good). Along with the character’s Pinocchio obsession (“There are no strings on me”), it’s an intriguing dynamic for the robotic villain to have the most potent emotions on the screen, and it’s a quality that sets Ultron apart in the pantheon of cinematic super-villains. What’s more, the character is rendered with expert CGI, giving his sleek sheen a very tangible presence on the screen.

All of Whedon’s considerable build-up gives the massive amount of destruction in the finale a purpose and an emotional backing. When everyone converges in a battle against Ultron’s army of robotic drones, they’re joined by a newly created teammate, Vision. Paul Bettany voiced Iron Man’s computer JARVIS, yet here he plays the artificially intelligent hero equivalent to Ultron, here garbed in the green and red body intended for the villain, but now granted to the new hero, complete with an Infinity Stone on his forehead and a gold cape on his back. His uncertain powers (and worthiness, as proven in a pitch-perfect gag) shape a few moments in the climax—a monumental battle that doesn’t disappoint in scope, momentum, or devastation. Every penny of the writer-director’s reported $250 million budget seems well spent, as Whedon not only stretches his film’s scope, but experiments with his medium. Alongside cinematographer Ben Davis, Whedon uses Scarlet Witch’s nightmare sequences to play with lighting and camera effects, uses angles that look like comic book framing, and during the action, he delivers a number of impressively long tracking shots—welcome in Hollywood blockbusters, where the speed of cuts is usually in the millisecond.

Darker in theme and content than its predecessor, Age of Ultron doesn’t avoid death or deeper melodramatic stakes. Through them, Whedon’s film promises that the Avengers team, much as in the comics, will have an ever-shifting roster of superheroes in the future. Some may balk at the notion that Iron Man could be less central to the proceedings than, say, Scarlet Witch, but when you’re dealing with Infinity Stones, inborn super-abilities, and an intergalactic plan to take over the universe, a guy in a metal suit seems less significant than someone with mind-altering abilities. Indeed, a few hints at the upcoming events in Avengers: Infinity War parts one and two, scheduled for release in May of 2018 and 2019, find their place in the last third of Age of Ultron. Since Marvel has been slowly building to the events in Infinity War for years, the mere breadcrumbs present in Age of Ultron may feel disappointing to some. But audiences who want each film to feel less like another piece of the puzzle, and more like its own individual beast, will feel that Whedon has delivered an appropriately self-contained film.

If there’s anything really wrong with Age of Ultron, it’s the degree to which it leaves you yearning for more. This critic wanted more time to understand Vision and his powers, more time with the twins, and more time with Ultron in all of his madness. At just over two hours and twenty minutes, the film already has an epic-sized runtime; however, another fifteen minutes or so could have filled out these strains and clarified some just-touched-on plot points. Despite such nitpicks, the greatness of Whedon’s treatment is how, for all its pyrotechnics and destruction, for all the self-aware humor and playful quips, Age of Ultron is a film about believable and three-dimensional characters, each delivered by an actor perfectly cast in their role, whether they’re a heroic titan or a maniacal android. Whedon has succeeded in doing what some critics and fans have said is impossible—he caught lightning in a bottle, twice. Age of Ultron packages superhero in-fighting, complex relationships, and the sometimes opposing drives of the team and its individual members into an exciting, at times awe-inspiring blockbuster that meets expectations, while it effectively suppresses our hunger for more, at least until the next Marvel spectacle.