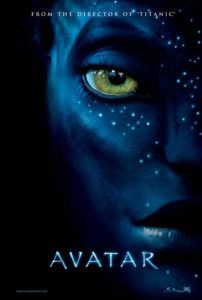 James Cameron’s strength as a director has always been spectacle more than story. While his characterizations are solid—if rooted in heavy clichés—for him, they’re secondary to a skillful exhibition teeming with groundbreaking special effects. In the past, Cameron’s primary objective hasn’t been about making you think passed the end credits or involving you on a resonant emotional level, at least not as much as wanting to blow your socks off with new technological breakthroughs displayed in nonstop action sequences. He concerns himself with what will impact his audience at this moment in cinema, admirably moving toward The New, his focus obsessively concentrated on visual bravado. Accordingly, because he’s driven toward the latest thing in moviemaking, centering all of his concentration on that one goal, the impact of his movies fades over time.

For example, The Terminator may seem corny and old-fashioned today, but at the time of its release, Stan Winston’s animatronics were revolutionary, the action eye-popping. Cameron’s Aliens dumbed down the spare, frightening universe created by Ridley Scott, but it’s a helluva entertaining action movie, one that changed our perspective on the scope of puppetry. For Terminator 2: Judgment Day, Cameron developed CGI that today looks phony, so the weak story doesn’t hold up. And as for Titanic, was the romance ever meant to overshadow the bravura sequence where the ship takes a nosedive into the sea? Probably not, but what a sequence. In each case, except perhaps Cameron’s masterpiece, The Abyss, the director limits his narrative to supply the presentation with audacity aplenty, his story and the effects therein unbalanced, the scale completely tipped to the latter.

It’s with these thoughts in mind that one should approach Avatar, Cameron’s latest foray into the realm of blockbuster moviemaking. Realizing how often Cameron fails to balance spectacle and story will help one appreciate what a wonderful motion picture he’s made here. The story is a familiar one, reminiscent of a number of science-fiction stories and a few notable films (Dances with Wolves and The Last Samurai being the most apparent), but it’s told with such passion and visual bravado that any carping about the yarn being typical is canceled out. He compiles familiar themes from his previous work, mainly The Abyss, places them in a new setting, and tells a tale so unbelievably rich and escapist that the best way to convince you is just to say, with unbridled enthusiasm, See This Film! 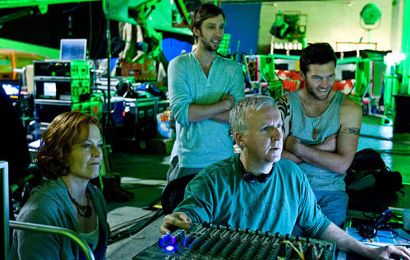 Cameron announced in the mid-1990s that Avatar would be his follow-up to Titanic, and now he claims that he was always ready to make it, but that Hollywood’s filmmaking technology wasn’t ready for him. He claimed the new, untested technology needed time to be perfected, that once it was ready, we wouldn’t believe our eyes. In the interim, he polished the script, made more than one documentary about sunken ships, and reveled in his “King of the World” status, all the while perfecting the 3D and motion-capture animation used in the film. Early posters and footage proved underwhelming; it seemed Cameron couldn’t possibly live up to Titanic’s current box-office record as the highest-grossing film of all time, nor his claims of revolutionizing special effects. And when rumor and speculation went ablaze about the purported budget (supposedly between $250 and $350 million), the disbelievers, myself included, announced their skepticism. Now it’s time to eat crow.

Set in the year 2154, the story begins on Pandora, a fertile moon orbiting a massive gas planet in a solar system far, far away. Human scientists seek to mine a valuable mineral embedded in the terrain; however, the humanoid race of indigenous people, called Na’vi, stand in their way. An analogous situation to when Europeans first began to explore the Americas, the locals are treated as animalistic savages, while corrupt and callous, the humans plan to infiltrate and transfer them somewhere not on top of the moon’s most concentrated deposit of the mineral. But the Na’vi have a biological connection to the very Nature around them, worshiping it like a deity, and through this connection, they produce a balanced and striking biosphere. However, humanity has a way of disregarding the beliefs of other people and completely ignoring what it takes for Nature to maintain stability.

Sympathetic jarhead Jake Sully (Sam Worthington), a paraplegic, joins the “avatar” program to try and connect with the Na’vi and find a diplomatic solution to the humans’ proposed forced relocation. Under the tutelage of Dr. Grace Augustine (Sigourney Weaver), the scientist who pioneered the program, Jake enters a genetically engineered Na’vi body by remote, existing as one of them to find a balance between cultures. While embedded in the lush Na’vi forests, he meets local Neytiri (Zoe Saldana), and through her, he learns the ways of the natives and ultimately feels more at home in his versatile avatar than his broken human body. But his greedy-minded superiors—company man Parker Selfridge (Giovanni Ribisi) and battle-hungry Colonel Miles Quaritch (the fantastic Stephen Lang)—want their mineral and they want it now. What ensues is a rousing battle where the stakes are entrenched into the characters, so the fighting we see actually has a purpose.

Of course, Cameron’s assessment of his own genius knows no bounds; he’s so (rightfully) confident that the world he’s created is enough to occupy our minds that he doesn’t even bother formulating an actual McGuffin (the name for the moviemaker’s device to propel the plot). On Pandora, the invaluable material the humans seek is called Unobtainium, though not a word of Cameron’s creation. “Unobtainium” in reality is a tech term actually used by scientists to describe an impossible natural resource, such as a limitless, renewable source of energy or precious mineral. The script goes into little detail about what exactly Unobtainium is, just that it’s the last bastion of hope for humanity and our diminished planet. That it’s not called “pandorium” or something more specific is passive on Cameron’s part; he might as well have called it “McGuffin,” since he’s making it clear he doesn’t want to waste time on pithy details. 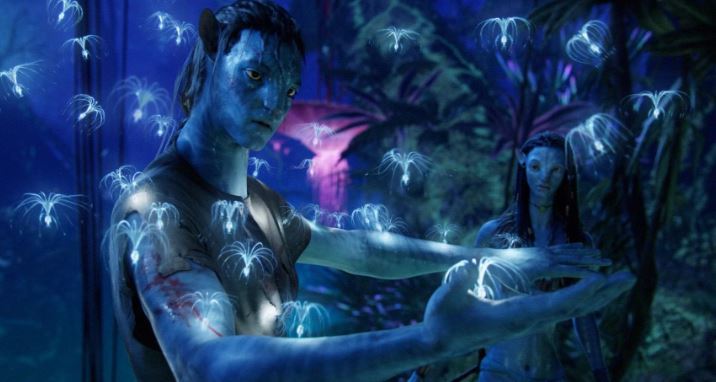 But this is a minor quibble since the majority of the film takes place in the immaculate forests of Pandora. Glowing with bioluminescent vegetation and intensely colored fauna, the world sparkles with unbelievable beauty. During the day, it’s radiant and bright; at night, it looks like an entire jungle was illuminated by black lights and neon. When the characters step into the grass, it glows for a moment and then fades. Flora contains the most remarkable purples and blues. What’s astounding is that every detail of this film, save for a set or two, was rendered on computer. Remember that while you’re watching. The intricacy of this completely invented environment—the silky quality of the plant life, the majesty of floating mountains, the luminescent atmosphere of it all—offers a world where it’s easy to lose yourself in its designed realism.

Most impressive is the tangible rendering of the Na’vi and the fascinating way in which the avatars resemble their hosts (most apparent with Weaver’s avatar) without ever being eerie or awkward. Though presented theatrically in 3D, even in 2D screenings the Na’vi appear three-dimensional. It takes two or three minutes for the viewer to acclimate themselves to the appearance of the Na’vi, their blue elongated forms, and their massive size in comparison to humans. But once that initial adjustment has passed, there isn’t a moment where we doubt what we’re seeing. Cameron was right. Hollywood wasn’t ready for this. These are faces that we can reach out and touch, without ever entering the Uncanny Valley where creepy motion-capture films like Beowulf, A Christmas Carol, and The Polar Express reside. Cameron doesn’t try to replicate physical creatures in this world; he breathes life into them. And if this is where motion-capture is going, the advertisements are right—movies won’t be the same, at least not ones using this device. Let’s just hope the directors using this technology in the future have the patience that Cameron displayed through the last ten years of pre-production.

If showmanship was the only criteria by which Avatar was to be judged, then this would still be a raving review. Cameron has mastered the art of stringing together breathlessly entertaining action sequences, making his frequently long runtimes (Avatar clocks in at 162-minutes) breeze by. But there’s also an admirable social commentary at work, sporting hearty themes of environmentalism and anti-militarism. Cameron often writes his villains as close-minded bureaucrats and war-mongers, probably because their single-mindedness is so easily shown as wrong in a humanist circumstance such as this, which, of course, is a historical parallel for events of both the distant past and our contemporary setting. Here, those Cameron tropes are alive and well in their most obvious but potent scenery, taking the film to unexpected levels of deep emotional involvement. By the end, when we’re cheering for those rotten humans to get their comeuppance, Cameron has made us feel guilty about the forceful, inhuman nature of our species. That such a feeling is brought to life in a sci-fi blockbuster is a glorious accomplishment.

Along with The Abyss, it’s certain that Avatar will prove to be one of Cameron’s most revisited and least dated entertainments. The film has none of the pop-culture lingo that has made some of the director’s other works unwatchable today. It has an allegorical edge that makes it a significant narrative, while also putting to use every last penny of its astronomical budget. And it has a brisk pace and epic scope to simply awe its audience into submission. Skeptics will be turned, probably easier than they were expecting. Cameron has once again proven himself a landmark director whose forward-thinking inspires changes in industry standards and whose ability to connect to his audience remains thoroughly intact. To be sure, this an engaging experience in every sense, from the dramatic, to the visual, to the visceral. This is how blockbusters should be.