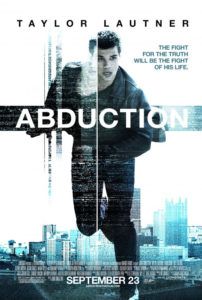 Drawn to Taylor Lautner’s name and big face driving the marketing for Abduction, devotees of (and apologists for) the Twilight series will find themselves in bliss. Through the course of the movie, Lautner takes off his shirt, drinks beer with other high school douche bags, beats up his dad, wins the big wrestling match, and rides his motorcycle (dirtbike) like a rebel without a cause. And that’s just within the first ten minutes! But Lautner’s teen character isn’t like other kids, so he says. He feels different—you know, on the inside. After realizing he’s the teenage Jason Bourne, Lautner outwits Euro-trash bad guys, gets the girl, thwarts the CIA, and walks away with little more than a limp. Though he does his own stunts, what the young actor doesn’t do is prove himself a worthwhile leading man-boy outside of the franchise that made him a star.

Lautner plays Nathan, a hotshot teen raised in a conspicuous environment where Tough Love Dad (Jason Issacs) seems hell-bent on training him for a self-defense deathmatch and Quiet Loving Mom (Maria Bello) just sort of lingers. But Nathan’s eventful social life doesn’t prevent him from feeling different than the other boys, which is why he sees a psychiatrist (Sigourney Weaver) about his anger issues and pesky reoccurring dreams that obviously hold some key to his past. While “researching” a school project online, Nathan and his girlfriend-next-door Karen (Lily Collins) find evidence on a missing persons site that suggests his parents may not be his parents after all. Before he knows it, assassins have kicked in his front door, killed his non-parents, and set him on the run with Karen by his side. On his tail are two parties: ominous Serbian criminal Kozlow (Michael Nyqvist, from The Girl with the Dragon Tattoo) and dubious CIA Agent Burton (Alfred Molina)—both want Nathan because he has the movie’s lame MacGuffin, a list of compromised intelligence officials encrypted on a cell phone. 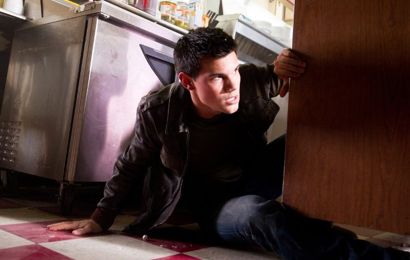 Based on a script by Stellastarr rocker Shawn Christensen, rusty director John Singleton (his last film was Four Brothers from six years ago) stages clumsy chase sequences and explosions, with laughable fight scenes where Nathan hears his father’s voice as he remembers his brutal teachings in hand-to-hand combat. We follow two adolescents somehow able to best highly trained operatives using their oxymoronic teenage experience, making references to Facebook and their vast emotional depth along the way, if only so PG-13 audiences can identify. The plot, recalling broad strokes from The 39 Steps, feels like a frustrated teenager’s wet dream, conceived as an escapist effort to relieve angst-ridden youngsters of their troubles by delivering a super-spy scenario with a relatable hero.

More frustrating for viewers not part of the teen demographic, to which this movie has been carefully molded, are the appearances of credible actors (Weaver, Bello, Molina, and Isaacs) alongside Lauter’s sheer superficial presence. Even the lower half of Dermot Mulroney’s face, which makes a brief appearance, demonstrates more talent than Lautner. This should have been a breakout role for the young actor, whose Twilight costars Kristen Stewart (with Adventureland) and Robert Pattinson (with Water for Elephants) have already proven their range outside of vampire and werewolf fare. Lautner runs the risk of being left behind unless he starts choosing projects that require him to do more than flex muscles and run his hands through his spiky hair.

Even if you can get by Lautner’s hammy acting and Singleton’s uninspired direction, there’s still an absurd story (told better by Hitchcock or The Bourne Identity and its sequels) to contend with, and it’s somehow made worse by adding teenaged characters who talk about their juicy 8th Grade summer together far too much. Once you recognize the sort of embarrassingly juvenile trash you’re in for (a realization which occurs almost immediately), sitting through Abduction becomes a chore, a test of one’s resilience to endure a shamelessly teenage-centric action movie. However silly it proves to be for everyone else, teen girls should totally like this movie because like Taylor Lautner is like so totally hot. And so, anyone not accustomed to seeing Lautner transform into a badly rendered wolf thing should keep a safe distance.