Early this month CinemaCon (formerly known as ShoWest) once again took over the Caesars Palace Resort on the Las Vegas Strip. Cinema owners and film distributors from across the globe gathered together with studio moguls and a smattering of Hollywood’s brightest stars for a week of chest-thumping, awkward dancing, and several dozen sizzle reels—each with sneak peek footage of all the upcoming movies you are and are not wondering about.

CinemaCon is the wine-and-dine week for movie theatre operators, greasing the cogs of partnership in the gigantic entertainment machine. A week where each studio in turn takes to the stage and presents a slew of figures from their record-breaking year, before schmoozing about their sure-to-be smash hits in the months ahead. A week to try to assure theatre owners that talk about the death of cinema due to the rise of the internet is nothing but a lot of noise.

There was, of course, the need to tread lightly. One of the studios present that week is in itself a home-streaming powerhouse (Amazon), and the biggest dog in the Hollywood fight (Disney) is poised to become one.

Still, nearly every studio took the chance to publicly state how unconcerned they were with the popularity of home viewing—and not without a dash of “methinks the lady doth protest too much.” The lady who succinctly summed up the ambivalence of the conference was Dame Helen Mirren when she closed off her remarks with “I love Netflix, but fuck Netflix.” The statement was met with resounding applause.

Of course, here she used the word Netflix in the generic sense. Like Jello or Kleenex. What she is really talking about, what certain people really fear, is streaming movies in general—to one’s TV, laptop, or even phone. It’s the question of whether the personal home-viewing experience will replace the communal theatrical experience of going to the movies.

At the dawn of cinema that great organizer of ideas, Thomas Edison, made a mistake, a miscalculation of his demographic. His Kinetoscope allowed nineteenth-century moviegoers to watch short film clips by peering individually into a peephole as the images flickered past the eye. It took some convincing for him to accept that the future of cinema was not in personal peeping, but in public projection—exhibition in the opulent movie palaces that were soon to come.

The question now is whether Edison was not entirely wrong, but perhaps only 100 or so years too early. Could the bright new technology of our twenty-first century pull people out of sticky-floored theatres with their overpriced popcorn and transfer entertainment consumption permanently to the couch, the gym treadmill, the subway commute, the surreptitious internet browser on the office computer? Will viewers swap community gatherings, massive screens, and state-of-the-art sound for privacy, unmolested texting, and an unlimited pause button? 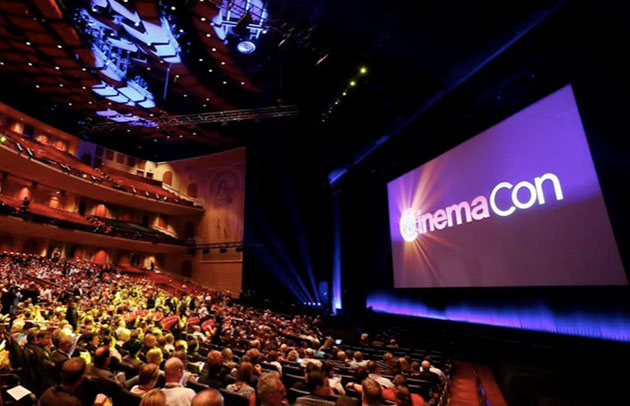 The battle is raging—and it isn’t only the studios’ money-men who are reacting strongly to this industry disruption. The most respected names in content creation are making their voices heard. David Lynch has not been shy about his thoughts on watching movies via cell phone; Christopher Nolan told the world he will never work with Netflix; and Steven Spielberg recently made headlines when he fired at streaming platforms, calling for rule changes to the prestigious Oscar awards to require that all films have a 28-day theatrical release in order to qualify for consideration (currently a mere week will do).

On the other end, directors are turning to streaming companies in droves. Many independent or foreign films find an exclusive home online—and names as big as Alfonso Cuarón, The Coen Brothers, and Martin Scorsese have each made deals with Netflix.

Setting concerns over studio paychecks to one side, what should we, the audience, make of all this? Who of all these voices is right? Should we too hate Netflix?

Going to the movies has withstood several technological upheavals; talking pictures, television, VHS, and Blu-ray have all in turn caused panic. But never before has our addiction to multi-distraction been so perfectly married to rapid improvements in personal-viewing gizmos. The box-office for Marvel mega-movies and the occasional surprise hit sing-along crowd-pleaser like The Greatest Showman or Bohemian Rhapsody, isn’t exactly hurting, but recent reports show a continual drop in ticket sales across North America—the lowest numbers in decades.

As audiences become more risk-averse, so do the studios. The average viewer prefers to gamble with her Roku or her AppleTV, rather than with her dollars at the local cinema. She will save her trip to the movies for a dependable franchise, probably by Disney, a title where she knows just what to expect before going in. And so what? Maybe the diverse and endlessly inventive world of streaming is there to scratch our itch for the new, the novel, and the daring. Could it be the future of cinema as a venue for tentpole event cinema à la Avengers?

But if this is indeed the death knell, and twenty-first century cinemas are fated to become boutique experiences, side-curiosities for a certain type of fan or tourist, we may feel the loss in more ways to one.

The Movies are a place where people used to make love, have first dates, escape their children, entertain their children, subject themselves to immersion and spectacle—a place where people of all social and political flavors sit together and hear each other laughing, gasping, or even crying. At CinemaCon there were dozen of references to the “sacred” nature of the theatrical experience. While that may come off a bit saccharine, there’s no denying the differences in seeing a movie at the cinema versus at home. (All those people from different social classes gathered together in the dark was a cause of moral concern among some reactionaries in the early days of cinema.)

Consider the cost in focus alone. The movie theatre is one of the last places a person can reasonably expect their friends to silence their phones and secure them out of sight for a couple of hours at a stretch. It isn’t just one’s friends. Even the most devout movie-lover will feel the temptation to glance at a pinging notification or take a call when at home, outside the temple of concentration a cinema provides. As of yet, movies are still made to be watched the whole way through in one go, not riddled with pauses, asides, and other multi-tasking.

Or consider the world of cinema past. Few would argue that, say, Lawrence of Arabia, The Red Shoes, or Seven Samurai are not better suited to a screen of 60 feet rather than six inches. This is, after all, the way these movies were designed to be seen—crafted by meticulous artists who knew just what they were doing. But where is it even possible to see these films in their original gigantic glory? Outside the very occasional classic picked up by Fathom Events, a cinephile has to be in a London, an L.A., or a New York to find an opportunity at a regular repertory cinema. 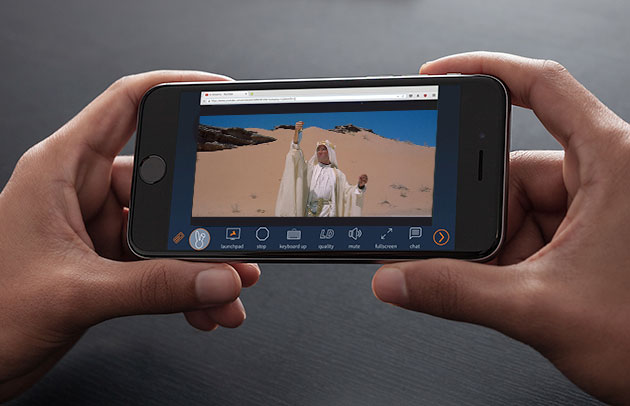 This sort of urbane privilege, if you will, doesn’t extend to rural Montana—let alone the slums in Mexico or the far-flung plains of Mongolia.

Netflix took a similar tack in their recent tweet in response to a brouhaha over cinema vs streaming, listing “Access for people who can’t always afford, or live in towns without, theaters” as the first reason to champion streaming.

Of course, we all know, happy as a playing-field-leveling consequence of Netflix may be, the company is out to satisfy its own ends, same as any company. In fact, even most critics of streaming are happy to leave Netflix be, if only it will content itself to exist alongside the theatrical experience, rather than try to supplant it.

Ultimately, a significant portion of the power rests with the people at large. The demand that havens for moviegoers stay alive has to be felt financially. If theatre owners and studios want to keep cinema alive, there needs to be action and response. The late MoviePass may have been a fiasco, but it was a fiasco that tapped into an appetite. A subscription model means returning customers; it means people are more willing to take risks in what they see, and that in turn means that studios can produce a diverse portfolio of films and reclaim The Movies as more than a Marvel franchise exhibition hall.

Certain companies are experimenting with the idea of on-demand screenings, where a group or even a community can vote for the titles they want to screen at their local multiplex. Fathom Events is bringing live-recorded opera and Shakespeare to the big screen.

The gauntlet has been thrown, and there are many exciting strategies ready to be taken up. More likely than not, it will be some innovator or other who takes cinema where it needs to go to survive.

There’s no denying that this is a golden age for movies in one sense—with streaming channels devoted to everything from Anime to the Criterion Collection, we live in a time of unprecedented access. But IMAX screens, Dolby Atmos sound, community gatherings, and the sweetness of a distraction-free zone still hold their values.

We don’t know yet whether streaming platforms will play ball by releasing their films to the theatre or allowing first-access windows of opportunity to exhibitors. As we wait to see where the market will take us, we can hope Netflix was as sincere as they were accurate when they said streaming and cinema are not mutually exclusive. 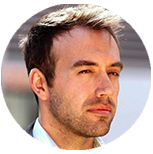 Beau Stucki is a traveling writer and entrepreneur. He co-runs the film discussion group This Movie Club.