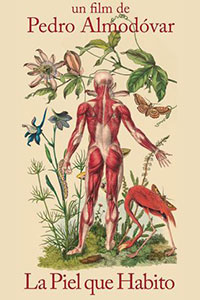 Pedro Almodóvar’s career has been about transitions. Over the last 40 years, he has fluctuated from the renegade whose camp and transgressive sensationalism imagined a Franco-less Spain, as in Labyrinth of Passion (1982), to a mature filmmaker who openly confronts his country’s tragic national history, as in Parallel Mothers (2021). The director has dabbled in seductive and darkly comic tales of killers (Matador, 1986), psychopathic kidnappers (Tie Me Up! Tie Me Down!, 1990), and rapists (Kika, 1993). But he also has a penchant for satiric (Dark Habits, 1983) and screwball comedy (Women on the Verge of a Nervous Breakdown, 1988). Throughout his varied career, Almodóvar has centered his queer male gaze on women, whom he portrays with as much depth and sensitivity as Ingmar Bergman or Woody Allen. And to whatever degree Almodóvar’s fluctuation through an array of genres might be seen as metachrosis, the director’s touches remain unmistakable. Every Almodóvar film, whether it’s a sex comedy meant to liberate his audience or a sobering drama about unearthing the past, bears his signature. Even so, there’s never been another Almodóvar film quite like The Skin I Live In, a complex thriller that, much like the filmmaker’s career, transitions from one kind of movie to another, shifting the audience’s sympathies in unexpected and challenging ways.