As many of you undoubtedly know, a “deep focus” in filmmaking creates a substantial depth of field by presenting the fore, middle, and background of the image in sharp clarity. I try to do something similar when writing about a film. In addition to a textual analysis of what appears onscreen, nearly every review or appreciation on DFR will contain some measure of extratextual information about a film’s pre- and post-production, its makers, the onscreen talent, or its relevant place in culture or history.

Some would argue that this approach is counter-intuitive to watching a film—that films should be watched for nothing else besides what we see before us. However, another philosophy of film, one I subscribe to, considers films, and indeed all art, to be multi-textual. Factors such as the production, box-office performance, the auteur theory, or the culture in which the film was made can inform a reading, layering it from beyond the screen.

Through DFR’s reviews and essays, I hope to stimulate critical thinking about films and foster an increased appreciation for the art form in general. My objective is to enable readers to think about film as something more than just entertainment. To be sure, all films, whether they are high or low examples of the art, are also texts for aesthetics, history, politics, culture, humanity, and multiple other disciplines.

To properly analyze and thoroughly write about a film, I sometimes engage in spoilers. My reviews are more than just a star rating or a recommendation, and for that reason, I will often discuss films in detail. I will rarely discuss the particulars in a new release review; however, you will receive forewarning if I reference a plot twist. Elsewhere, The Definitives column regularly summarizes the complete story in detail, as those critical essays contain more comprehensive analyses on well-established films.

These are not modest ambitions for an independent film critic and film historian, I realize. And admittedly, I sometimes fail to reach these lofty motivations when writing a review. Nevertheless, I hope you enjoy DFR and, after visiting, find that you think more about films and feel more engaged in your moviegoing experiences.

Thank you for your readership, and happy viewing! 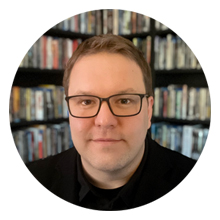 Brian Eggert owns and operates Deep Focus Review. A lifelong cinéphile, he earned his BA in 2006 from the University of Minnesota, Twin Cities, where he studied Art History, Studies in Cinema & Media Culture, and Cultural Studies & Comparative Literature. Brian received a Master’s degree in Film Studies from Tiffin University, where he was the 2018 winner of the Award of Excellence in Graduate Education. 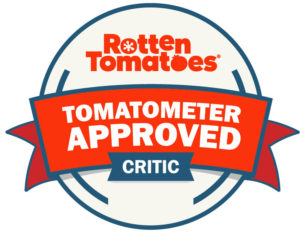 Brian is a Tomatometer-Approved Critic. He also belongs to the Society For Cinema and Media Studies, Minnesota Film Critics Alliance, Online Film & Television Association, International Film Society Critics, Independent Film Critics of America, National Coalition of Independent Scholars, and the Large Association of Movie Blogs. He lives in Minnesota with his wife Brenda Harvieux (DFR’s copy editor) and their dog.

Correspondence and promotional material can be sent to: